Butterflies in the Anthropocene 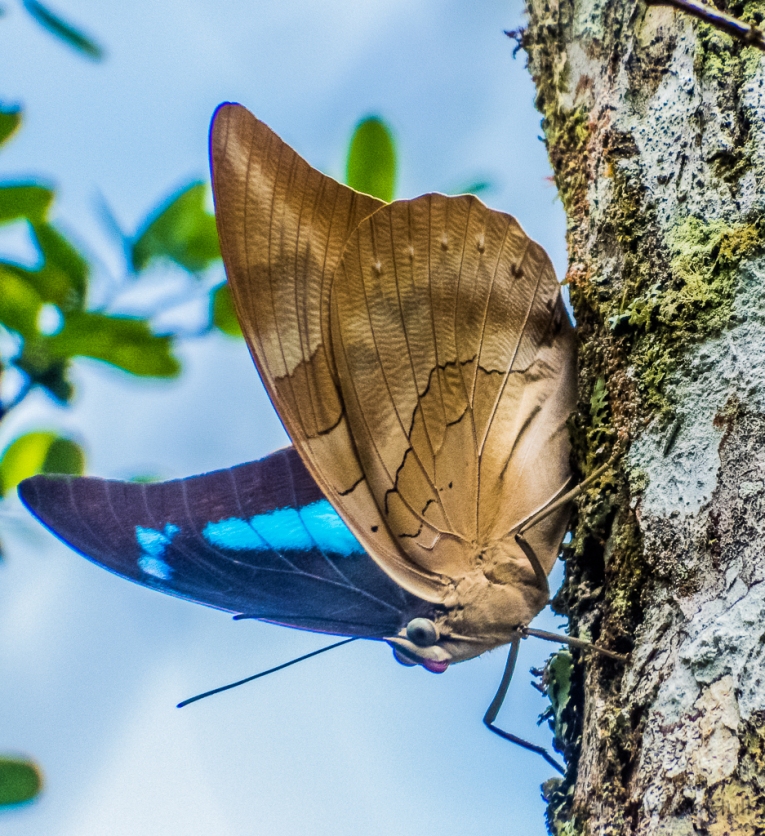 This is a positive post on butterflies in a small nature reserve in Costa Rica, but you’re going to have some heavy sledding before you get to the good bits.

We are living in the Sixth Extinction, a period when life on earth becomes increasingly at risk due to inexorably burgeoning human population and the resulting impact on land, oceans, and atmosphere. Vegetation and animals are vanishing. Our anthropogenic emissions (the combination of worldwide deforestation and fossil fuel combustion) are impressive, in a bad way. In only 200 years the concentration of carbon dioxide in our air has risen by 40%. Another potent greenhouse gas, methane, has more than doubled.

Paul Crutzen, the Dutch chemist who shared the Nobel Prize for discovering the effects of ozone-depleting compounds (probably saving the planet), pointed out in 2002 that due to these inputs the global climate is likely to “depart significantly from natural behavior for many millennia to come.” Crutzen also coined the term “Anthropocene”, and there is a movement among scientists to change the geological epoch in which we find ourselves from Holocene to Anthropocene, reflecting “the new man age.” 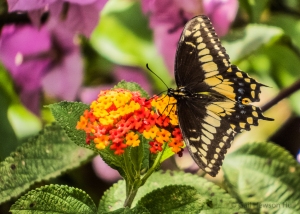 We read with sadness about disappearing species*, and see in our own lifetimes that nature isn’t as richly textured as it once was. What do you remember from childhood that was frequently seen? Thousands of fireflies dancing around enchanted children on a summer evening? Frogs and turtles swimming freely in green shaded ponds? Butterflies and moths on the wing from summer to fall? Wild flowers in a shadowy glade or sunlit meadow, engraved in your memory? Some of us lucky enough to grow up in the country loved the wildness and treasure such memories. Our hearts filled with joy at the glimpse of other creatures sharing our environment, understanding perhaps instinctively that we are all bound together in nature. Many recognize this connection as sacred; others don’t recognize this evolutionary bond at all.

Butterflies are among those myriads of creatures whose populations have been devastated by habitat loss and industrial farming. Monarchs, celebrated for their astonishing migrations, have declined precipitously in number from 682 million in 1997 to 150 million in 2016. In Great Britain “nearly three-quarters of the fifty-eight remaining species have declined and disappeared over much of the country.”** Flowering plants and other insects have declined with them. In a global study in 2012 the Zoological Society of London reported that butterflies, bumblebees and beetles are more endangered than lions and tigers.

If you’ve made it this far, here’s your reward for sticking to it through the grim recounting. Happily, in Finca Cántaros, a small nature reserve restored to forest from pasture 23 years ago in San Vito, Coto Brus, Costa Rica, I can paint a positive picture of increasing butterfly diversity. Deforestation for cattle and agriculture has removed most local woodland habitat, but there are wooded patches around the countryside, and our 17-acre (7-ha) reserve is less than two kilometers from a 740-acre forest and botanical garden at the Las Cruces Biological Station. Neighbors of Las Cruces have also kept their forests protected, adding to the natural areas in which floral and faunal diversity persists. Though our reserve has pasture on two sides, we may benefit from this proximity. A major international park begins just 25 km away, and that likely has positive effects on butterfly life as well. 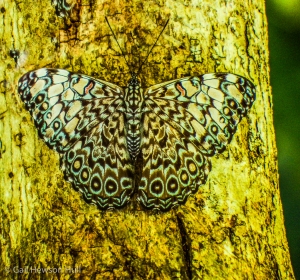 In April 1995, 22 years ago, Stanford researchers Drs. Gretchen C. Daily and Paul R. Ehrlich, and their good friend George L. Burness, using netting and rotting-fruit traps, compiled a preliminary list of the butterflies of Finca Cántaros when the property was mostly pasture but recently planted with two thousand tree saplings. About two acres of secondary forest was already spread around our one-hectare pond. All trapped butterflies were released alive where captured after identification. The number of families included were Papilionidae, Pieridae, and Nymphalidae, since the Lycaenidae were not covered in volume I of Devries’ classic Butterflies of Costa Rica. Thirty-eight species were identified.

I have been documenting butterflies observed here with photographs for the past six years. In the past few months I have been going systematically through my photos and identifying species with help from four superb butterfly reference guide books, the website of the Butterflies of America, and importantly, when I really get stymied, from an old friend, Isidro Chacon, who is Costa Rica’s foremost expert. A recently published book on 88 Southern Zone species called Pura Mariposa, by Liz Allen, is very helpful. Still with a few dozen photos left to identify, my list has climbed to 72 documented species, almost double what my friends identified in 1995. 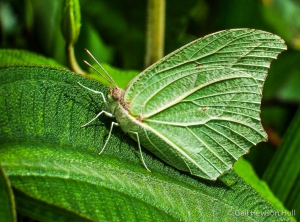 My camera goes with me on walks every day and I continue to photograph previously unseen species. I am hopeful that this list will continue to grow as our forest areas and gardens mature and become enriched with new butterfly vegetation, which has become a high priority for me.

There is a lesson here. Every individual with even a small plot of land can contribute to biological richness. The rewards for attracting birds, butterflies, and other pollinators to one’s forest or backyard garden are immense. Not only can rich soil be created with vegetative waste, but conditions for greater diversity of life can be created through native plantings. Butterflies will be one result; spiritual resources, wonder and joy will be others. I can guarantee these outcomes, if you are human. 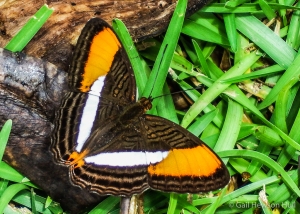 As a famous evolutionary geneticist once said: “Creation is not an act, but a process; it did not happen five or six thousand years ago but is going on before our eyes. Man is not compelled to be a mere spectator; he may become an assistant, a collaborator, a partner in the process of creation.”***

* Speaking of disappearing species, our closest relatives, the primates, are also in deep trouble. 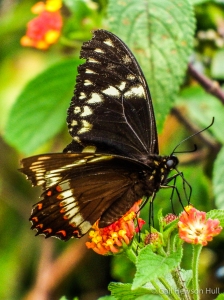 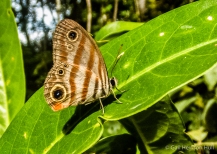 The Butterflies of Costa Rica and Their Natural History, Volume I by Philip J. DeVries. Princeton University Press, 1987.

A Swift Guide to the Butterflies of Mexico and Central America by Jeffrey Glassberg. Sunstreak Books, Inc., 2007. A new Swift Guide edition will be published late 2017.