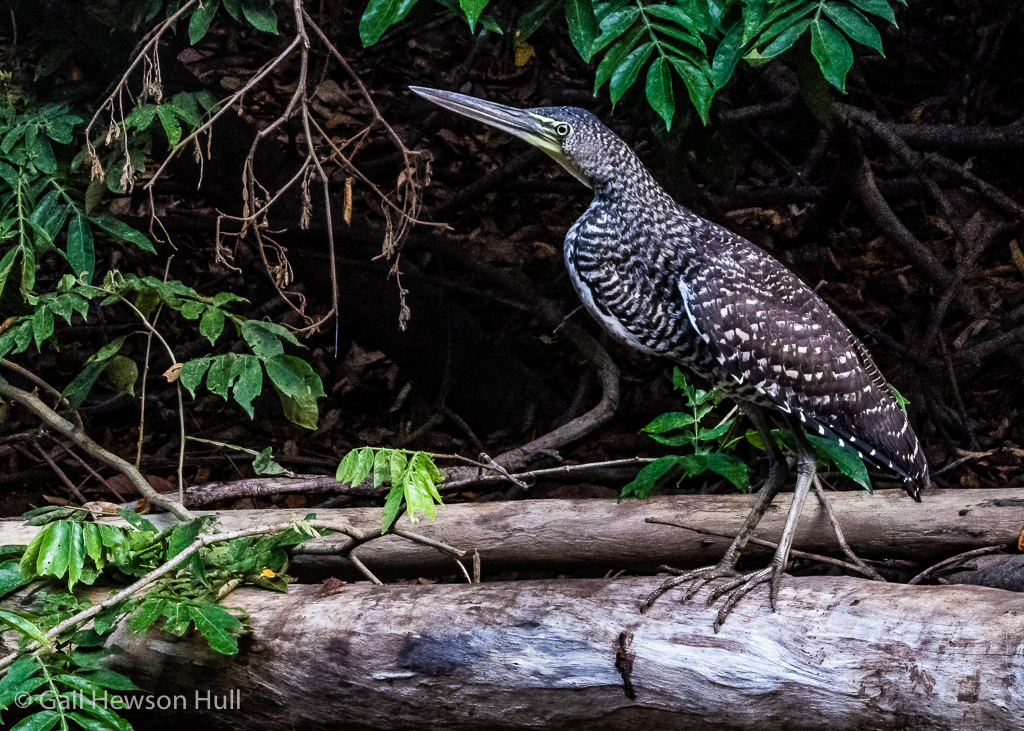 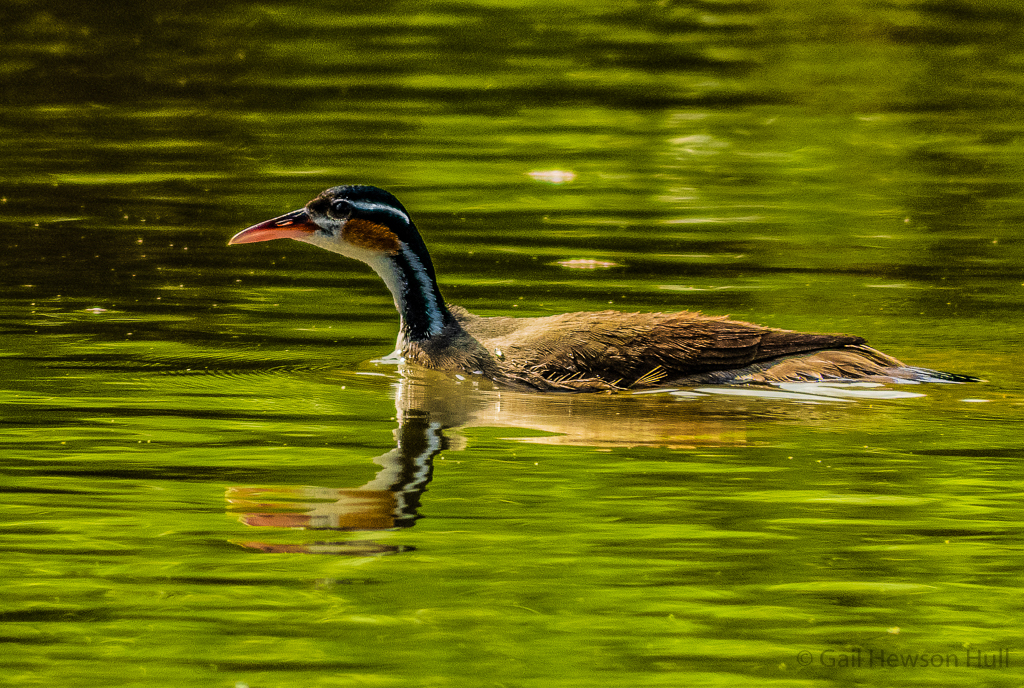 Recommended by many friends for years, Caño Negro, near the Nicaraguan border of Costa Rica, finally became a destination for Harry and me along with a few close friends in April, 2018. We were also accompanied by a superb naturalist Tico guide named Federico (“Fico”) Chacon. The attraction of this area of the Guatuso plains–lowlands that are seasonally flooded–is the 325 species of birds both migratory and non-migratory that visit the Caño Negro lagoon and its associated marshes and holillo (palm) groves. The wetlands are fed by the Frio River, which flows north from the Arenal Lake Basin. 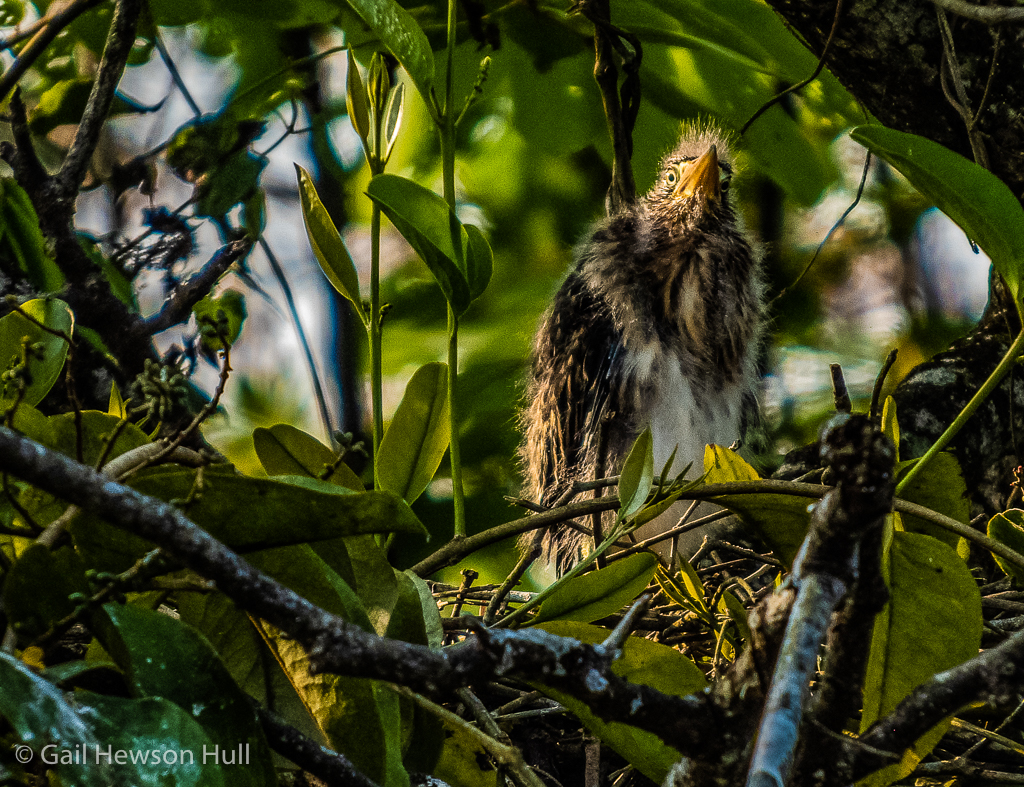 Heavy rains occur in the area between May and January (up to 120 inches annually), so we chose to go in April, and there was no precipitation whatsoever. Much of the birding is accomplished on the water in flat bottomed, tarp-covered boats, and the boatman are highly experienced and knowledgable about bird habitat preferences. 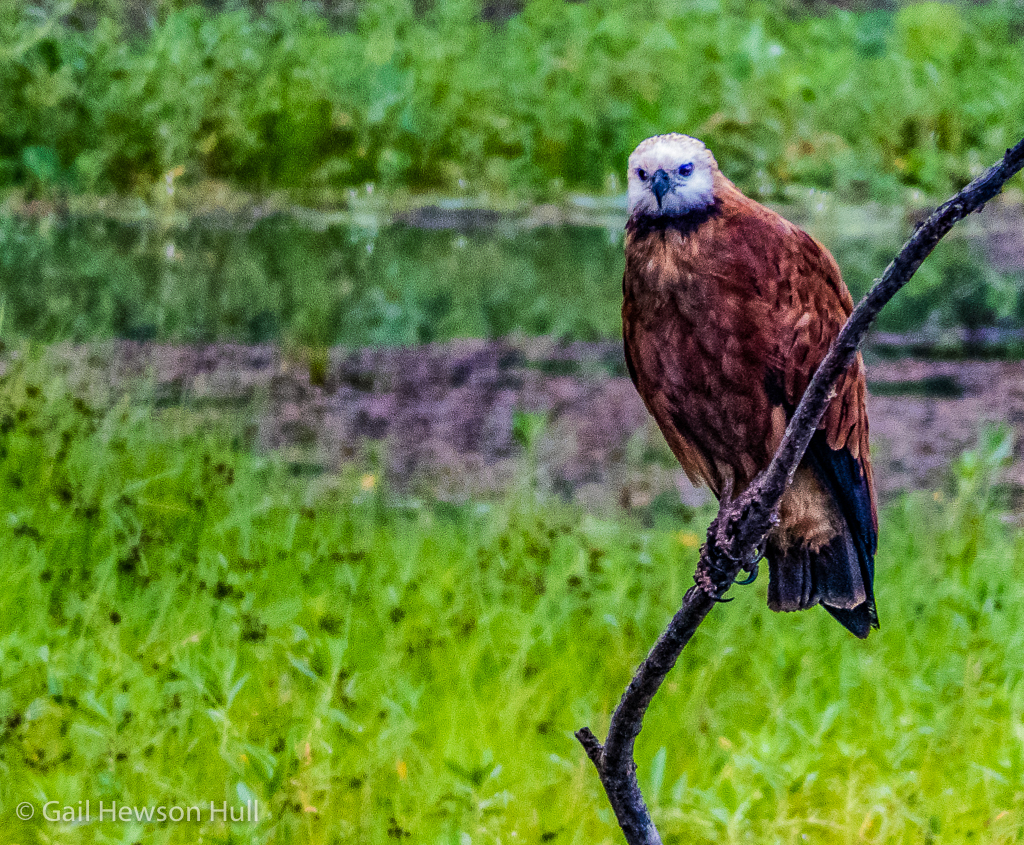 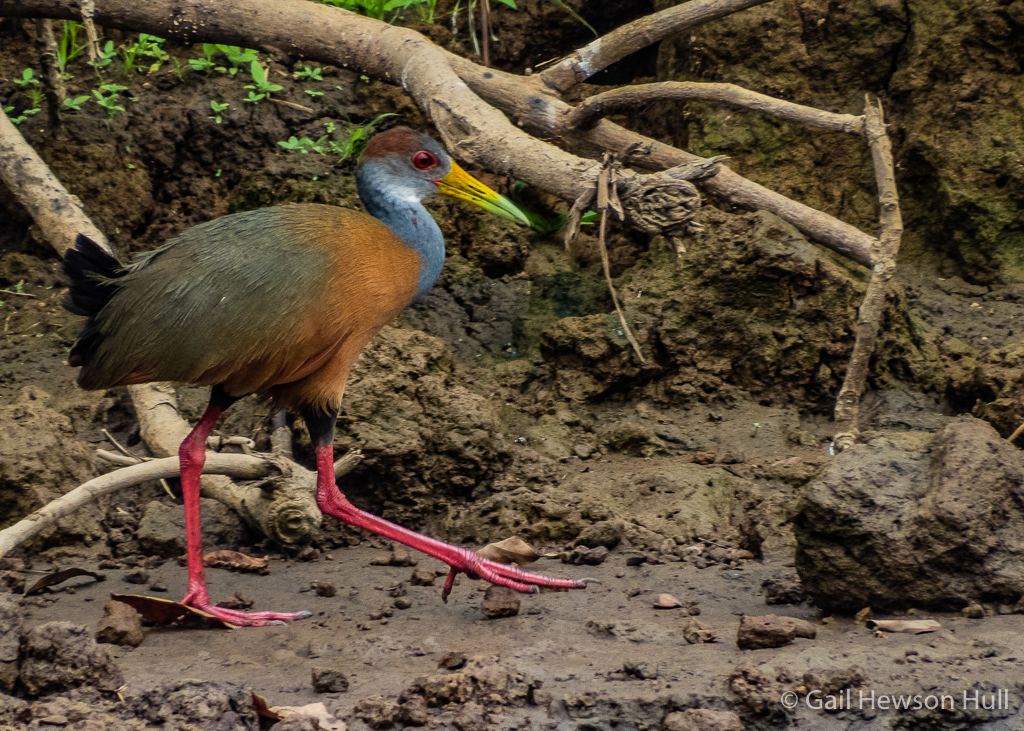 Caño Negro National Wildlife Refuge was created in 1984. Almost 25,000 acres in size (9,969 ha), it was declared a wildlife area of international importance in 1991. The Refuge’s grasslands, forests and marshes provide habitat for jaguars, cougars, ocelots, tapirs, and sloths, among many other mammals. Our boatman recounted a recent jaguar sighting on the bank of the same river we were exploring. A European photographer had come to the area with the expressed intent of seeing a jaguar; a large male obliged by emerging from vegetation on the fellow’s first morning on the river! This news was heartening, until it wasn’t! We never did see any cats or tapirs, but we did see cavorting Spider monkeys and languid Howler monkeys.

Birding among good friends is a collaborative  interaction, everyone helping to spot and usually the guide pinpointing the exact location, so that everyone succeeds in seeing the bird–even for a brief instant. Being “in the zone”, far from the normal sounds of civilization except for the putt-putt of the boat’s motor (quickly extinguished when we wanted to drift), is almost a form of meditation. We are alert, but we are also very relaxed, in respite from all our usual preoccupations and routines. Glorious nature, unfamiliar landscapes, dawn awakenings and dappled sunrises, foggy mist and azure clarity, always the possibility of something never before seen right around the next bend in the river. Each day someone usually asks, “How lucky are WE?” And frequently, any one of us is recognizing the joy of the hunt with a cheery: “Well spotted!” 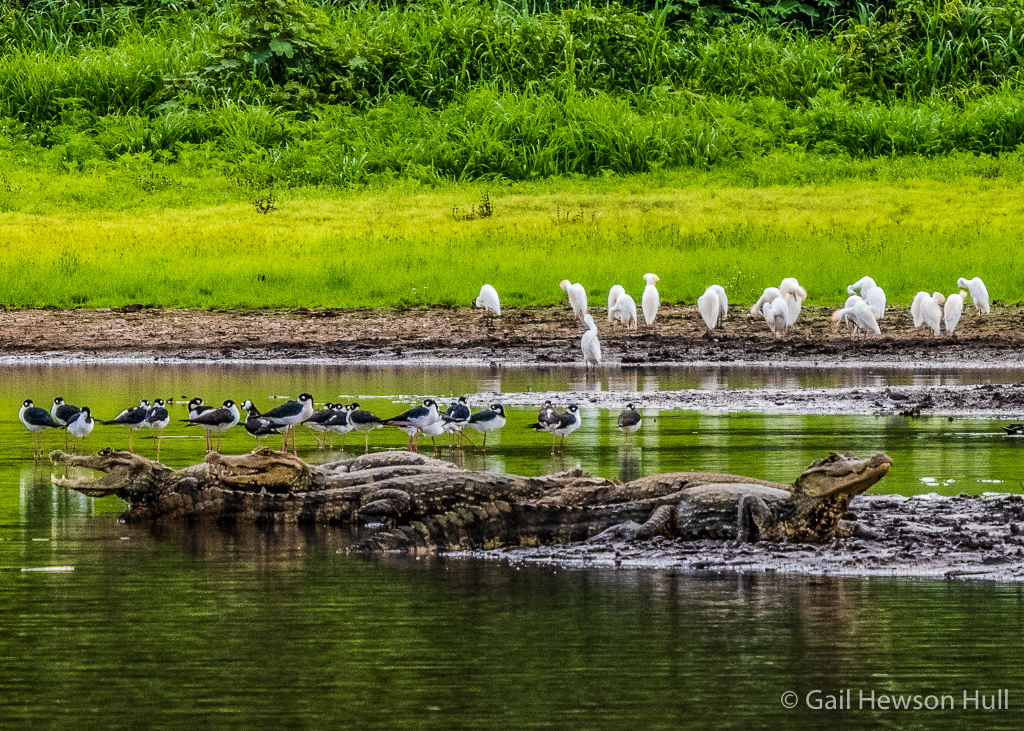 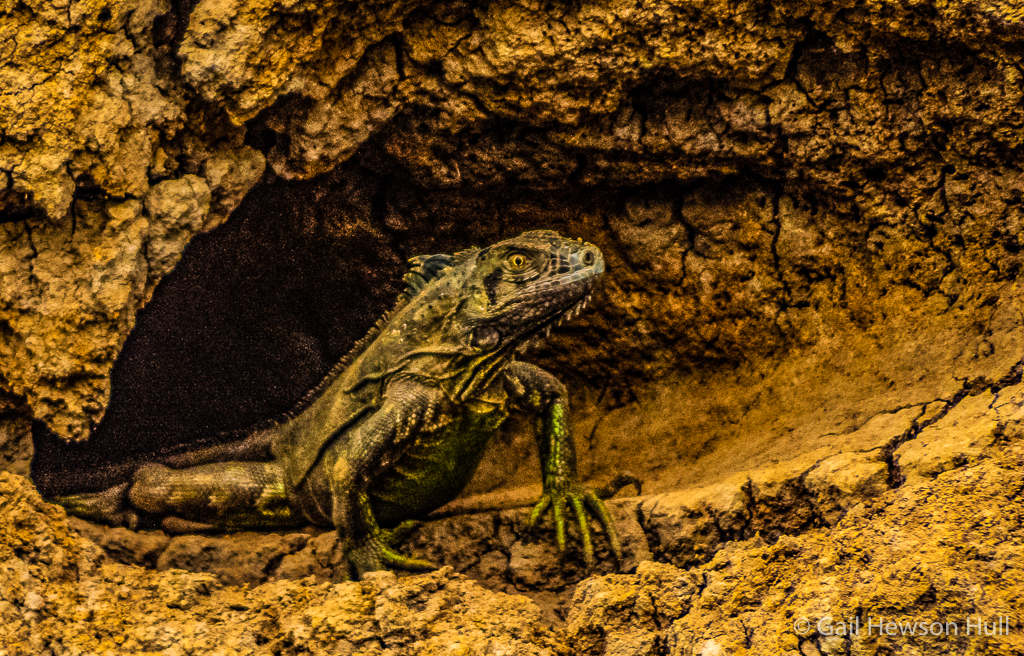 Green Iguana outside his lair on the river bank 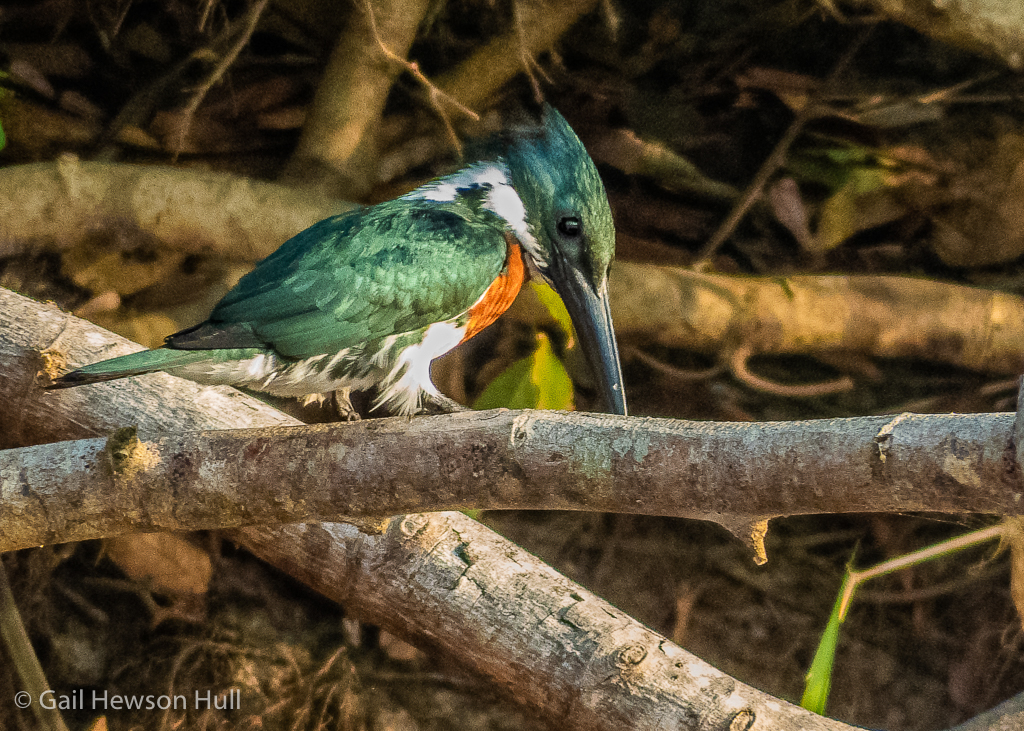 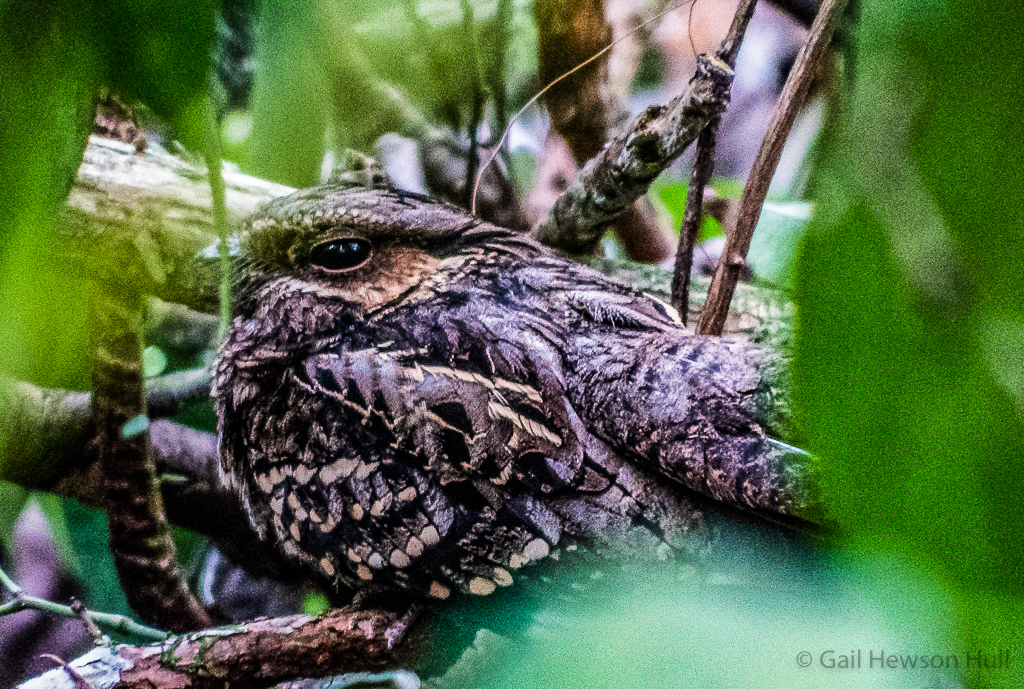 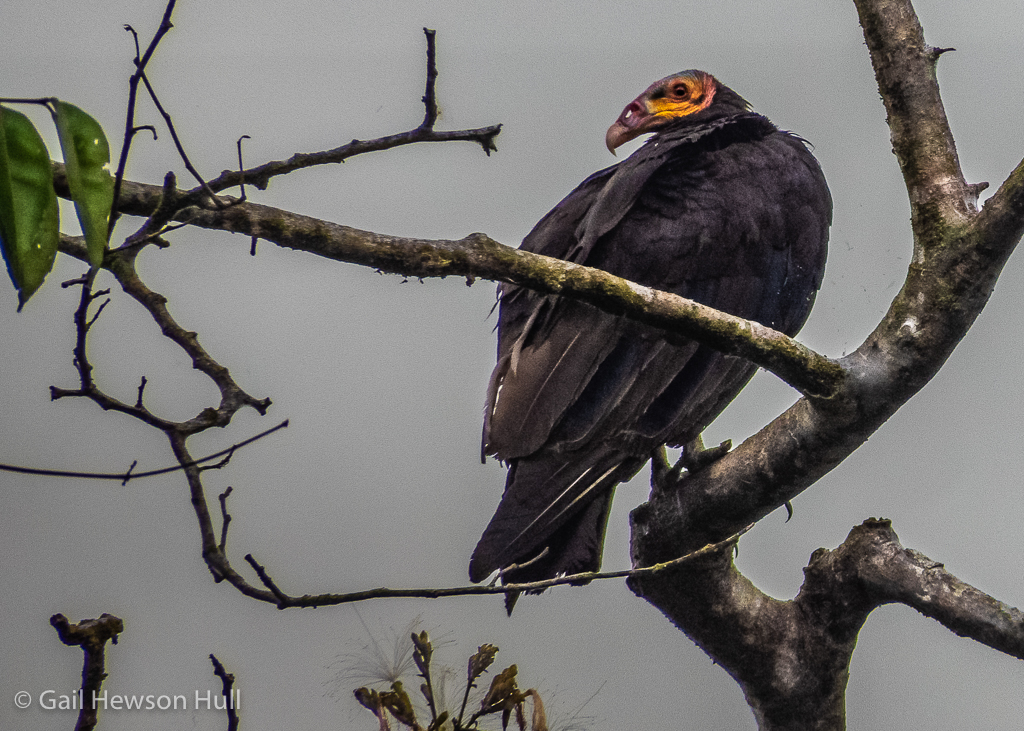 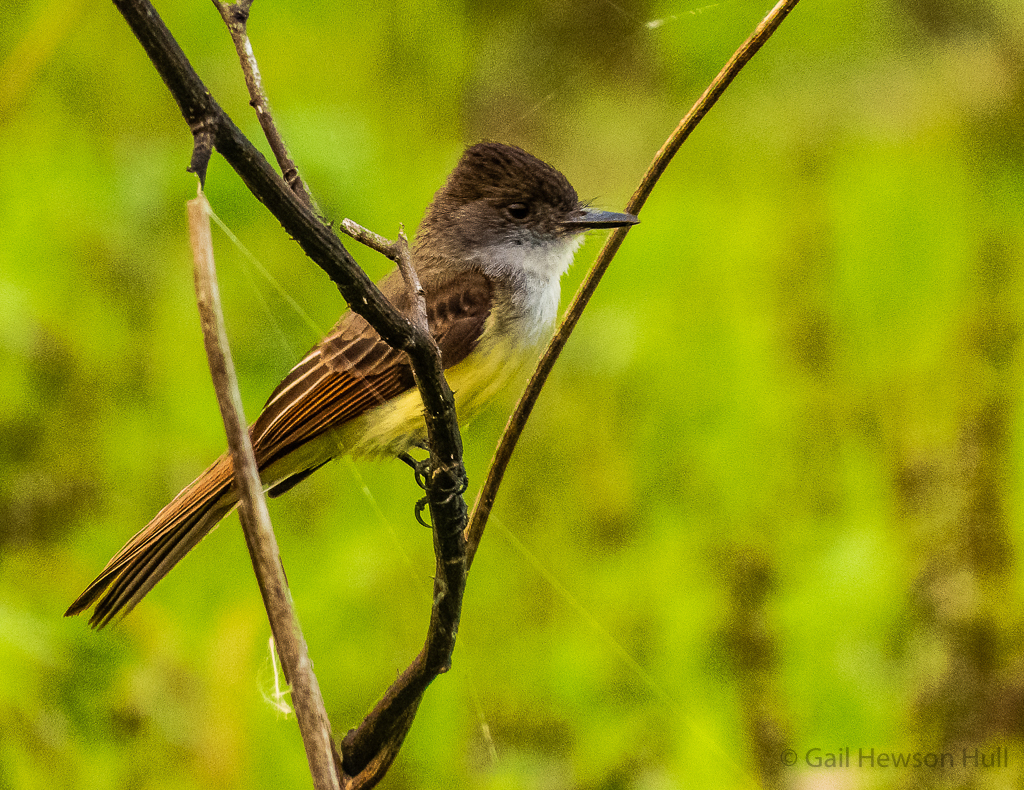 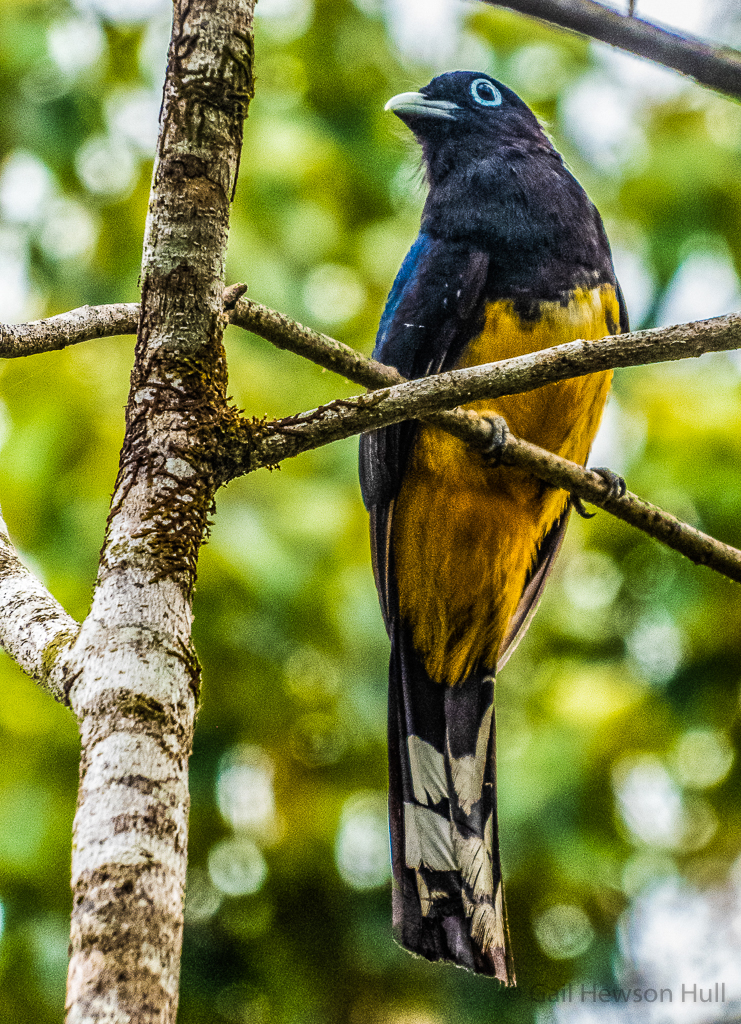 Our merry band, with escort, on our walk to the tiny pueblo of Caño Negro 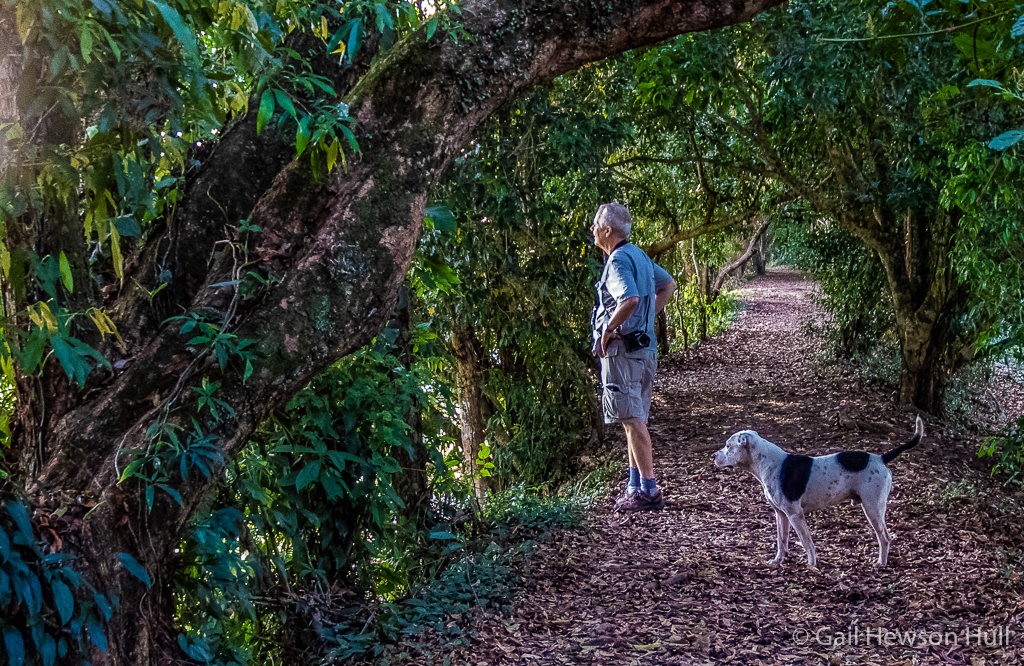 Harry and a persistent pal 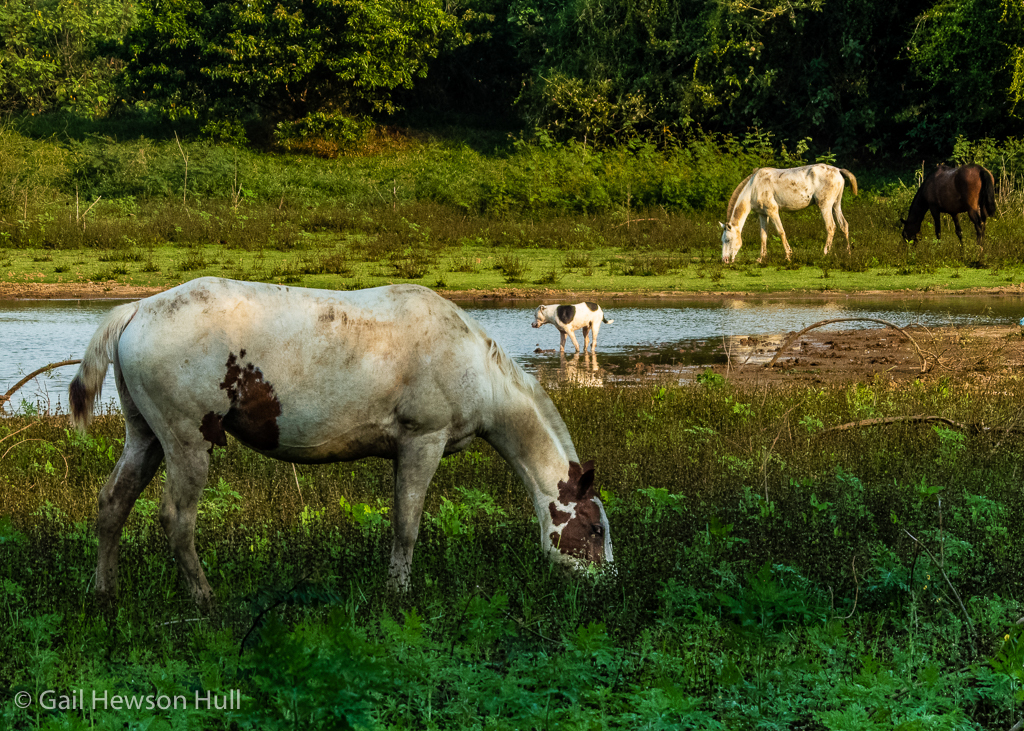 Horses and dog, in their element at dusk

Love and equality: a home-fashioned campaign flag in Caño Negro for the winning candidate for President of Costa Rica: Carlos Alvarado Quesada

If you decide to visit Caño Negro, we can recommend the simple, very reasonable and comfortable cabins known as Hotel de Campo, right on the lagoon with 13 protected acres (5 hectares reforested). The owners arrange boat trips. Their lodgings have a very attractive pool, and a restaurant with full bar provides creature comforts. A recommendation: the light in April is stunning. 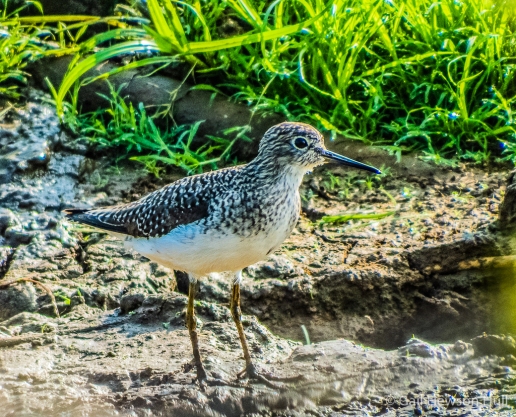