The photographs are of landscapes and birds in beautiful Scotland where I traveled in July of this year with my husband, Harry.

May they bring to you a semblance of peace and continuity.

The view from the West Mainland of Orkney near Scara Brae, a neolithic village where most monuments date between 4000 and 5000 years.

River descending to the sea in Wester Ross. 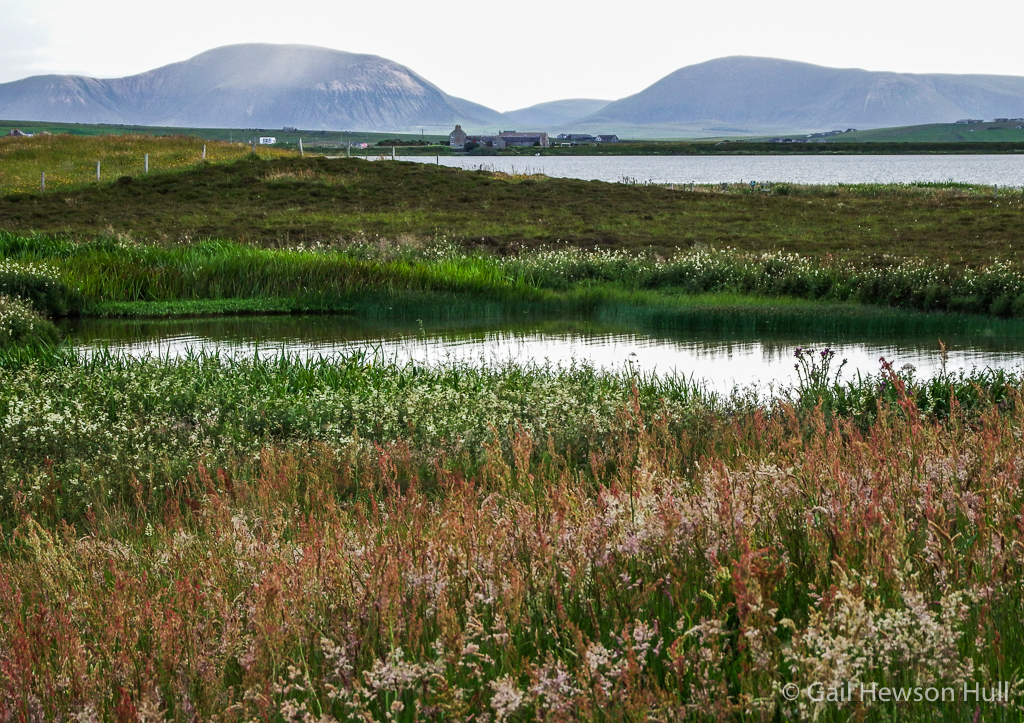 Ancient ruin on the Isle of Iona, just across from Mull.

Isolated farm on loch near Ullapool.

Iona Abbey on the Isle of Iona, just off the Isle of Mull. Its origins trace to St. Columba and go back to the sixth century when it was the foundation of a monastic community and nunnery. Attacked by Vikings who massacred everyone in 806; it was rebuilt and expanded various times after attacks. Iona Abbey is home today to an ecumenical Christian religious order, and remains a popular site of Christian pilgrimage.